by permission of Playwrights Guild of Canada

Based on L.M. Montgomery’s timeless classic, Anne of Green Gables. Marilla and Matthew Cuthbert had wanted to adopt an orphan boy to help with the farm, and are slightly taken aback when a young red-headed girl shows up for them at the railway station. However, her incorrigible and talkative ways soon win their hearts, and the hearts of all who encounter her in Avonlea.

This memory play delightfully recalls the last time the Hines family gathered at their retreat in the Poconos. That summer in 1953 was one of animated romantic entanglements that overlap on one idyllic afternoon. Burt Hines, a 55 year old recovering workaholic convalescing from a second heart attack, eagerly anticipates the arrival of the ex wife he still loves. His daughter Josie has just broken her engagement to an intense Harvard law student and pines for his buddy Ray, an aspiring writer with whom she once had a brief fling. Clemma, the black housekeeper at the center of the action (played to acclaim on Broadway by L. Scott Caldwell), is dreading a visit from the husband who deserted her years before. He strolls in with one working eye, one working hand and a guilty conscience. A model with a strikingly dim intellect shows up on Ray’s arm, and a young Miami gangster with a gift for malapropisms brings comic hilarity to the gathering. 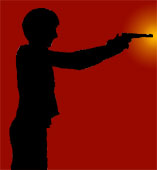 by permission of the authors

Paul and Thomas have devised the perfect alibi to use while Thomas goes out to kill their friend and classmate, Jonathan. However, Paul’s nerve and conscience are put to the test when Jonathan’s fiancee, their law professor and a mutual friend, who happens to be an ex-cop turned priest, all arrive at their apartment after the discovery of Jonathan’s body. Plot twists and debates about the ethics of capital punishment abound in this latest play from the authors of The Family Jewels and The Evil That Men Do.