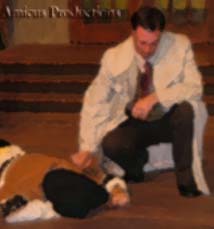 An original off-the-wall spoof, this murder-mystery-comedy musical revolves around a restaurant owner on the run from the mob, who finds himself at a rundown hotel in Saskatchewan, where everyone who checks in could the hitman who’s out to get him!

A farce is set in motion when a mild-mannered accountant accidentally picks up the wrong briefcase — filled with cash! He decides that he and his wife will take it on the lam. Doorbells ring, and various detectives arrive with different theories of different crimes as the stakes get higher and higher, and the hysteria rises. 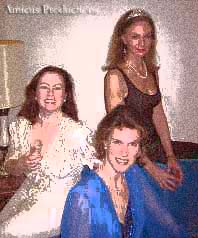 This delightful Broadway hit chronicles three sisters from Brooklyn as they gather in London to celebrate a birthday: Sara — a brilliant banker and single mother who has given up on romance, Gorgeous — a suburban housewife who moonlights as a talk-show host, and Pfeni — a travel writer who still wants to write her serious book.